Lost Time Behind the Moon 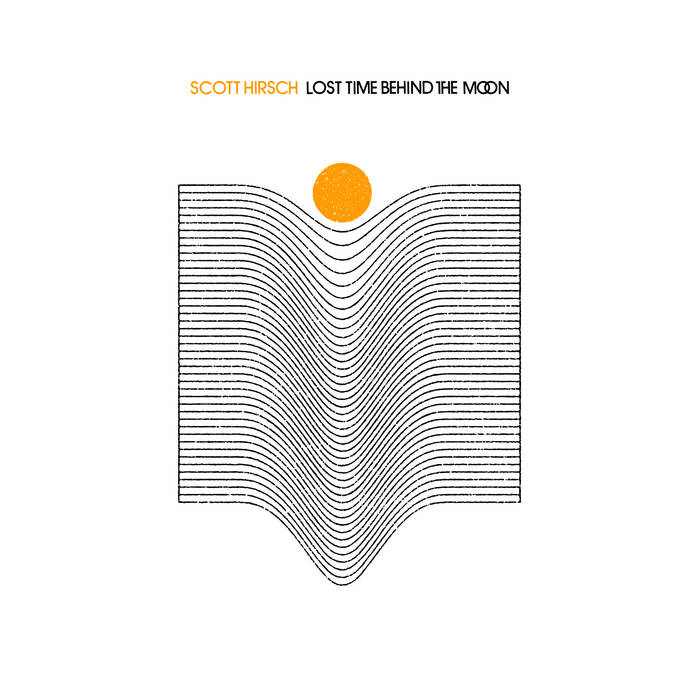 openmind a bit bluesy a bit rock, well a bit of everything , but good , real good .
Has a real good sound and feel to it , can not help get moving to this work. Favorite track: A Pair of Nines.

Nerve Salad What can you say about an album that's practically perfect all the way through? This is some of the finest Cosmic Americana around. Multi-instrumental, finely-crafted songs with influences swooping in from every which way. A real polished gem.
Thanks, Bucky, for hepping me to this beaut.

Bucky Pretty much obsessed with this discovery with its sultry blend of psych meets Americana. The steel guitar gives it a bit of a country feel, but I wouldn't really categorize this as country at all. Sounds like a blend of Dire Straits, The Grateful Dead and Tom Petty in different parts. Totally worth a vinyl purchase.

“ I think of Lost Time Behind the Moon as Scott’s masterpiece, because everything I know about him is in these songs, the groove and the wonder.”

"After decades of wandering, the former Court & Spark and Hiss Golden Messenger member follows his wanderlust West again, where he puts down new roots for his soulful folk-rock sound."

Songwriter and multi-instrumentalist/producer Scott Hirsch has recorded a follow up to his critically acclaimed 2016 record, Blue Rider Songs. On Lost Time Behind the Moon, Scott chronicles confronting ghosts of the past, acknowledging that darkness rides alongside the light, and avoiding the pitfalls of regret. The record was recorded and produced by Hirsch with the help of Mike Coykendall (M Ward), and features musical guests William Tyler, Mikael Jorgensen (Wilco), Orpheo McCord (Edward Sharpe), Jimmy Calire (America) and Jesse Siebenberg (Lukas Nelson, Supertramp).

Maybe it’s the season of the Earth, but it’s hard not to feel lately like we’re standing on some high precipice looking down on what we’ve made of the world and trying to make sense of the view. Gazing back down the narrow roads leading out of our old towns, are we strangers or friends with the rear-view mirror? These are hard questions—of taking stock and taking leave—that my friend Scott Hirsch sings about so powerfully on his new album Lost Time Behind the Moon, ten songs that deal squarely with chasing ghosts and shaking curses; looking for peace; falling in love and hiding away; having babies and raising them; and chasing storms and finding shelter, though not necessarily in that order, and mostly all mixed up with each other. It’s some of the most finely articulated music I know for asking: Can we go home? And, where is home? Or, as Scott sings, “If I come back, won’t you let me stay?”

When we were both 21, Scott and I lived in a small apartment together in Santa Barbara on Hope Avenue, directly across from the cemetery in the lap of the Santa Ynez mountains. We passed some time in the red bar at Jimmy’s Oriental Gardens, or under the soft blue neon of the Four Winds, an old man bar on State Street, but mostly we sat on the floor playing acoustic guitar together. We were wondering—though it wasn’t a particularly pressing concern before marriage and children, long moments when the steady unwinding of time seemed to have missed us—what came next, and how to convey that wonder in rhythm and harmony. We took our freedom for granted and lived like brothers.

Like me, like everyone, Scott has crossed a lot of rivers since those days: A move to San Francisco, followed by a years-long sojourn on the East Coast. Marriage. A daughter. Work. Miles and miles of music. And finally, for him, a return to Ojai, California, 50 miles from where he and I sat staring out over the cemetery in the rain, wondering whether we could teach our hands to play the way our minds wanted them to. Listening to Lost Time Behind the Moon—and there is such bittersweetness to this—I can’t help but hear what time has made of the questions that we pressed on each other when we were just kids on Hope Avenue: What is life without a little regret? Is there a way to look in that old cracked mirror and feel as hopeful as we do haunted? Lost Time Behind the Moon doesn’t answer any of these; in fact, it poses more—and harder—questions. But they’re softened and wizened by the years that Scott has spent playing music for himself alone, trying to discover some kind of truth that works for him. And in this solitude, he’s created something that feels wide and inclusive and loving and forgiving. I think of Lost Time Behind the Moon as Scott’s masterpiece, because everything I know about him is in these songs, the groove and the wonder.

Scott always knew better than I the ways that a particularly voiced chord might make you feel like laughing and weeping at the same time. What we didn’t know when we were young—and what makes this album so heavy, frankly—is the way that time makes work, however simple, deeper, indelible, like a scar or a wrinkle. The ways that the hourglass transforms a common beginner’s chord into something far more elegiac, and touched, and auto-biographical. What Scott knows now—and I know he knows this because it’s the whole beautiful thesis of Lost Time Behind the Moon—is that time will touch you and change you in every way it can, and it will make you live with your pain and regret and radiant, transcendent joy in ways that you cannot anticipate and have no reason to expect.

– MC Taylor July, 2018
Scott Hirsch’s name is one you’ll find lurking in the liner notes of many admired recordings from the late 1990s to the present. As a founding member of Hiss Golden Messenger, he was integral to the band’s first five records, lending his sonic imprint on their productions, as well as shaping the sound of the live outfit, having toured heavily through the formative years of the band. Much of this work is reflected on the forthcoming Merge Records box set entitled Devotion: Songs About Rivers and Spirits and Children. Along the way he produced and played on records by Kim Krans’ Family Band, as well as recording a Grammy nominated record by the legendary folksinger Alice Gerrard. Having stepped off the demanding tour schedule of Hiss in 2016, new pathways opened up for Scott to fully engage in the craft of songwriting. On his second record, Lost Time Behind the Moon, his production tones and songwriting talents are in full bloom.

As a founding member of Hiss Golden Messenger, Scott Hirsch lent his sonic imprint on their productions, as well as shaping the sound of the live outfit, having toured heavily through the formative years of the band. The follow up to 2018’s critically acclaimed Lost Time Behind The Moon, Windless Day finds Hirsch pushing the sonic envelope of his studio and crew at Echo Magic in Ojai, California. ... more

Bandcamp Daily  your guide to the world of Bandcamp